Sales and After Sales, Monday to Thursday 9am-5pm Thursday to Sunday - closed

Nassau, the capital of the Bahamas, is a typical Caribbean city. The city captivates travellers with its colonial charm and pastel-coloured homes. Nassau is known for its beautiful beaches and coral reefs, which make the islands a popular destination for divers. Highlights of the islands are swimming with pigs on the island Big Mayor Cay and visiting the Pink Sand Beach, a naturally pink-coloured sand beach. Other tourist magnets are the Pirate Museum, the pink Government House, Fort Charlotte, and the gigantic Atlantis Paradise Island Resort, which, with its shopping opportunities, bars, and casinos, is the counterpart of the Atlantis Hotel in Dubai. 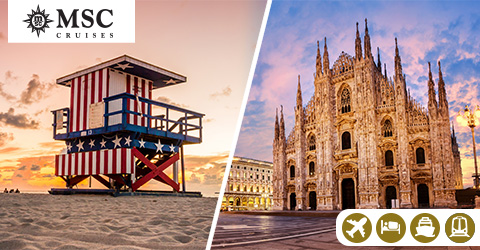 THE CARIBBEAN AND THE MEDITERRANEAN 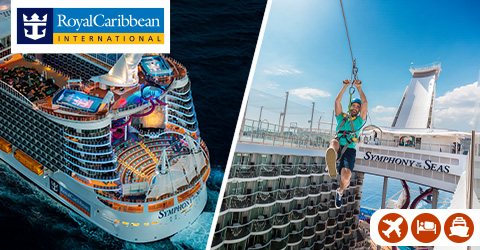 Bahamas cruises are very popular. The port of Nassau, the capital of the Bahamas, is one of the most famous ports of call for cruises in this area of the world. A Bahamas cruise from Miami will not only take you to the most beautiful paradise beaches in the world but also let you experience famous film sets, such as Pirates of the Caribbean and James Bond, up close. The Bahamas in the Atlantic Ocean belong to the West Indies and are in the Caribbean. Geographically speaking, the island state is in Central America. In 1492, the islands were discovered by Christopher Columbus. At the end of the 19th century, the Bahamas were an English colony. Head of state, which has been sovereign since 1973, is still Queen Elizabeth II of England. Southeast off the coast of Florida lies the approximately 700 islands of the Bahamas. Uninhabited islets, flat coral islands, and large rocks extend over an area of about 14,000 square kilometres. However, each island is unique and difficult to compare with the other islands.

The Bahamas have a subtropical climate. The almost constantly blowing trade winds give the islands a climate that hardly changes. During the summer months, there are temperatures between 27 and 29°C. The water temperature is pleasant year-round at 23 to 29°C. This climate is ideal for Bahamas cruises. Popular cruise lines for a Bahamas cruise are Royal Caribbean International, Celebrity Cruises, MSC Cruises, and Norwegian Cruise Line.

Relax on a Caribbean cruise to the Bahamas on one of the white sand beaches, dive into the colourful coral world, or enjoy the cosmopolitan flair of Nassau. There is something for everyone on Bahamas cruises. For example, in the National Park of Inagua, you can get up close and personal to the flora and fauna of the island. Watch nesting flamingos, pelicans, and wild parrots on Bird Cay island.

In the Bahamas, enthusiastic dance groups dress up in magnificent costumes for the colourful parades on Boxing Day, New Year’s Day, and one summer day called Junkanoo. Afterwards, they move through the streets to hypnotising rhythms and perform their rehearsed dances. The biggest and liveliest Junkanoo party takes place in Nassau. In this intoxicating atmosphere, nobody will be able to sit still. Whether young or old, everyone dances and cheers with the professional dancers. This thrilling festival has become a tradition not only in the Bahamas but also in other countries. Experience this travelling performance on a Bahamas cruise!

Cruise Lines to the Bahamas

We have many more great deals,
search online or call today to speak to a Cruise1st Australia specialist!