Immerse yourself in the unique culture of India with a Golden Triangle tour where you’ll experience some of the world’s most historic and timeless sights including bustling Delhi, the famous Taj Mahal, the fabled Pink City of Jaipur and more! We've paired the perfect India tour with a range of cruise options, so the perfect cruise and tour holiday awaits! 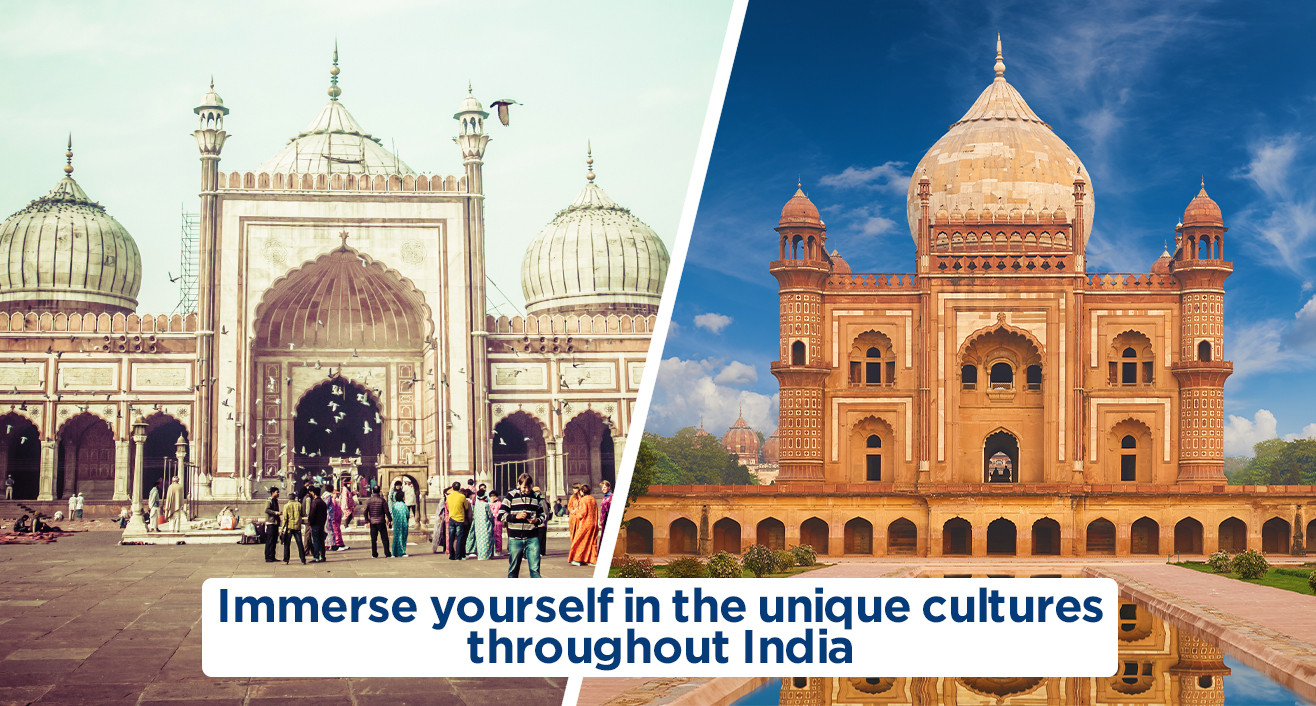 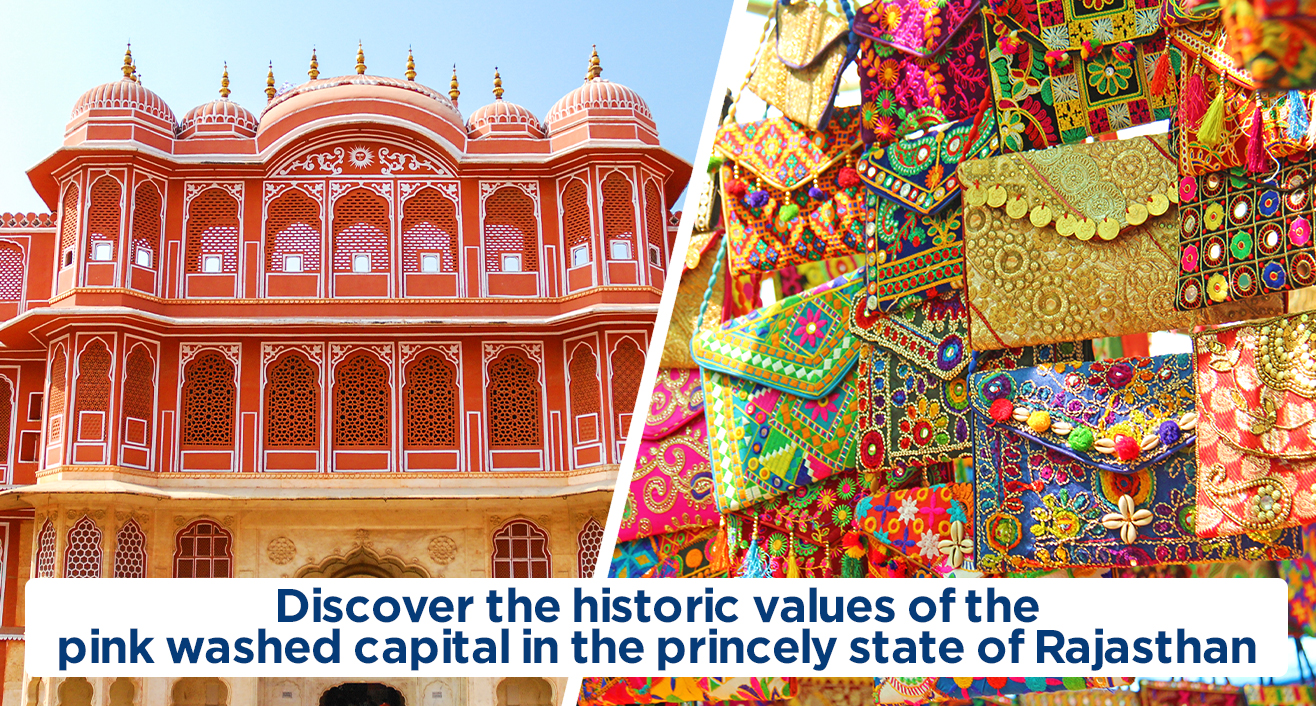 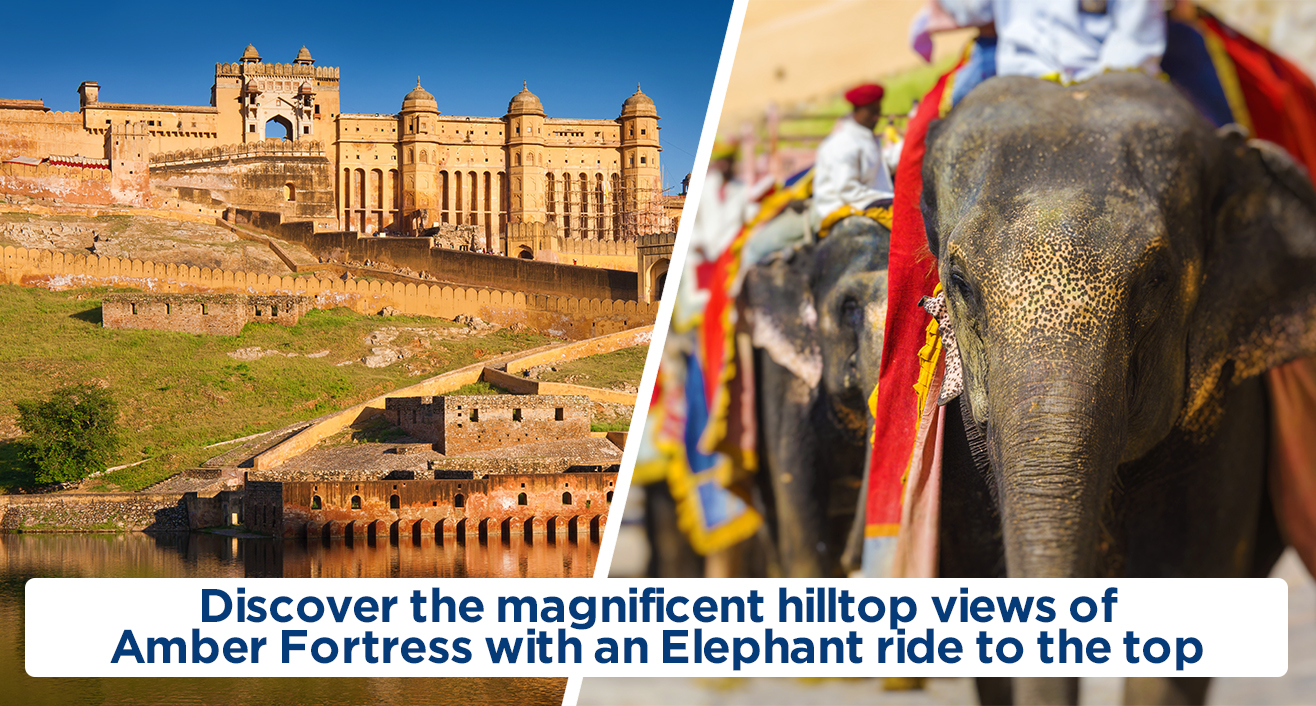 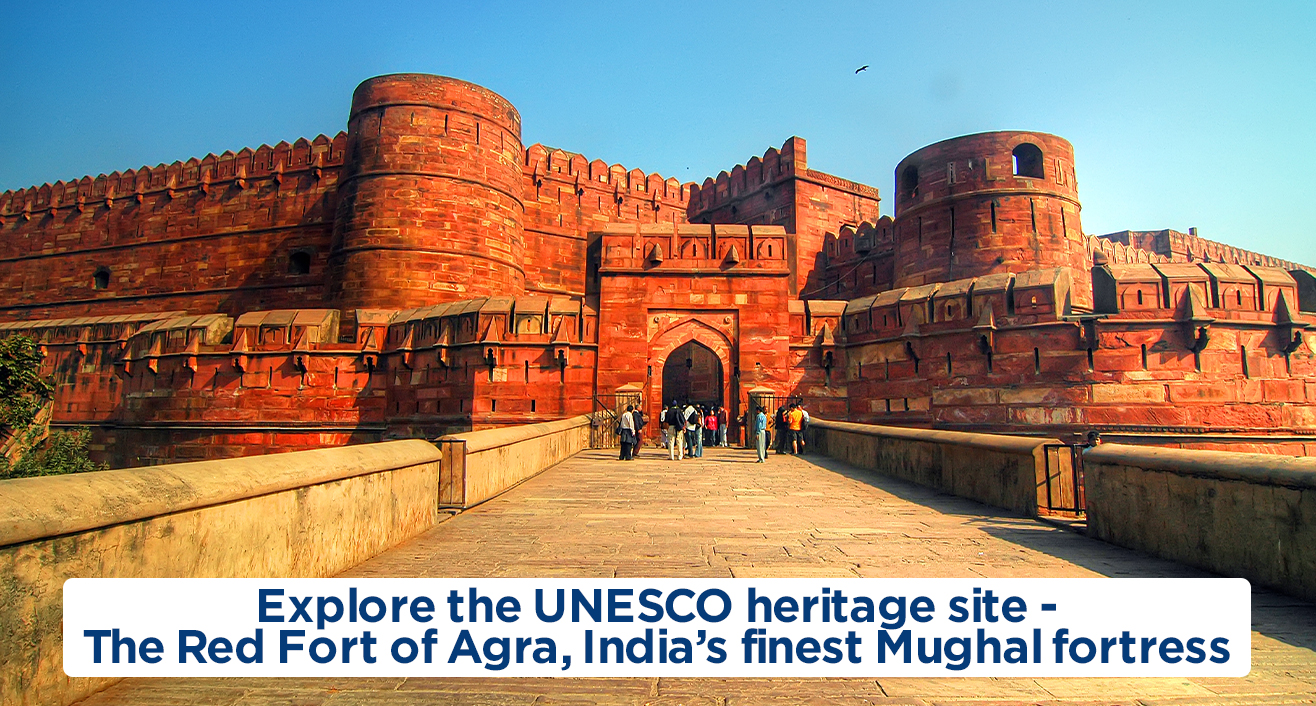 Delhi, the capital of India, is a city that offers a glimpse of both ancient and modern day India. It is the third largest city in India and one of the fastest growing in Asia. This city is rich in culture, always changing with time but never hiding its splendid past. The various ancient ruins seen in the city are silent witnesses to its magnificent history. The city of Delhi is a blend of two different yet perfectly balanced parts, the Old and the New Delhi. With its intricate streets, elegant mosques, forts, monuments, and bazaars that sell a variety of goods, Old Delhi speaks volumes about its Mughal past. With its multi-ethnic, multi-cultural population, New Delhi is truly cosmopolitan.

Next, hop-on a rickshaw ride through maze-like streets of the iconic ancient bazaar Chandni Chowk and its famed spice market Khari Baoli, Asia’s largest spice trading market. Get buzzed with the local lifestyle of Old Delhiites in this iconic ride. The ride ends outside imperial residence of 1600’s Mughal Dynasty The Red Fort of Delhi for a photo-stop.

Jaipur city is the pink washed capital of the princely state of Rajasthan in India. Upon arrival you will be met by a Perfect Travels representative and transferred to your hotel for a traditional Indian welcome ceremony. En route if time permits you may have an opportunity to meander through a typical Indian village (drive includes en route stop for clean restrooms).

The picturesque capital of Rajasthan, Jaipur is awash in pink - the colour associated with hospitality in Rajput culture. Built in 1727 A.D. by Maharaja Sawai Jai Singh JI, Jaipur displays a remarkable harmony and architectural splendour, most notably the renowned Palace of the Winds. The ancient heart of the Pink City still beats in its fairy tale palaces, rugged fortresses perched on barren hills and broad avenues that dot the entire city. There is a timeless appeal to Jaipur’s colourful bazaars where one can shop for Rajasthani handlooms and trinkets. Beautifully laid out gardens and parks, attractive monuments and marvellous heritage hotels (once the residence of Maharajas), are worth admiration.

Not to mention the ambling camels and cheerful people in multi-hued costumes that will make your trip to the pink city a memorable one.

After breakfast your city tour begins with a Rajasthani welcome ceremony of Indian Turbans and Stolls. Enjoy a classic elephant ride (or jeep ride if preferred) to climb the uphill located Amber Fort, a must-see of Jaipur! Built in 16th century by Rajput commander ‘Raja Man Singh I’, the fortress offers magnificent hilltop views with an intricate Mirror Palace and fine blends of Hindu-Rajasthani architecture. Next, you’ll enjoy a photo-stop outside Water Palace ‘Jal Mahal’ located in the of Man Sagar Lake housing various migratory birds and surrounded by Aravalli Ranges.

You’ll arrive in the heart of the Old City to visit residence of the royal family locally called Jaipur City Palace and Museum. Built in 1700 AD by ‘Raja Jai Singh II’, this palace is a paradise of royal heritage history as it houses rare galleries from British Raj and Rajput Era. Later, you’ll capture a local perspective of Jaipur and enjoy novelty of street shopping as we take you for a bazaar walk and tuk-tuk ride through Jaipur’s most colourful bazaars. Put your negotiating skills to the test here, as this market is a trading hub of basically everything from blue pottery, Indian saris to rare spices. During the bazaar walk, you’ll also witness Jaipur’s most distinctive landmark The Palace of Winds ‘Hawa Mahal’ built in a unique pink-coloured beehive design that is certainly hard to miss. You will be stunned to witness its 958 intricately designed windows that were built for Royal Women to explore city life from a high-rise.

Jaipur’s most distinctive landmark, the Hawa Mahal is an extraordinary pink-painted delicately honeycombed hive that rises a dizzying five storeys. It was constructed in 1799 by Maharaja Sawai Pratap Singh to enable ladies of the royal household to watch the life and processions of the city. The top offers stunning views over Jantar Mantar and the City Palace in one direction and over Sireh Deori Bazaar in the other.

Agra, also known as the legacy city of the Mughal Empire, is famous as being home to one of the Seven Wonders of the world - the Taj Mahal. The architectural splendour of the mausoleums, the fort and the palaces are a vivid reminder of the opulence of the legendary Mughal empire, of which Agra was the capital in the 16th and early 17th centuries. While its significance as a political centre ended with the transfer of the capital to Delhi in 1634 by Shah Jahan, its architectural wealth has secured its place on the international map. A pleasant town with a comparatively slow pace, Agra is known for its superb inlay work on marble and soapstone by craftsmen who are descendants of those who worked under the Mughals. The city is also famous for its carpets, gold thread embroidery and leather shoes.

In the evening you might choose to enjoy a traditional Indian Mughlai Dinner in the city.

Mughlai cuisine consists of dishes developed in Medieval India at the centres of the Mughal Empire. It represents a combination of South Asian cuisine with the cooking styles and recipes of Central Asian cuisine.

Begin the day with a sunrise grand tour of the Taj Mahal to capture some splendid photographic moments before the crowd rushes in.

The Taj Mahal is truly a jewel of Muslim art in India built by Mughal Emperor Shah Jahan for his beloved wife Mumtaz Mahal who died giving birth to their 14th child, today renowned as the best wonder of the world. In 1631 construction began with 20,000 masters from India and Central Asia. Specialists were brought in from as far away as Europe to produce the exquisite marble screens and Pietra Dura inlay work using precious stones.

You’ll be free to enjoy your private time and explore the site surrounded by royal gardens to intricate tombs. After your sunrise tour, you’ll return to the hotel for a grand breakfast and some leisure time.

Later in the afternoon, you’ll journey through the city’s traditional houses, local schools, British Raj colonies to Mughal era architecture. Next comes a guided heritage walk inside India’s finest Mughal fortress The Red Fort of Agra, an acclaimed UNESCO heritage site and the imperial residence of 16th century rulers of the Mughal dynasty.

Emperor Akbar constructed the fortress along the banks of the Yamuna River in 1565 and grandson Shah Jahan - who used his favourite building material, white marble - made further additions. Built primarily as a military defence structure, that got transformed into a palace inside by Shah Jahan, that later became his gilded prison after his son Aurangzeb seized power in 1658. The dogleg design is a unique aspect of the fortress, which was meant to confuse attackers who made it past the first line of defence – the crocodile-infested moat.

Spend an afternoon on a New Delhi tour and experience colonial-era at Lutyens Delhi including Ceremonial Boulevard Raj Path to witness Sir Edwin Lutyens finest works from 1920’s British Raj era including colonial government buildings, president and parliament house, and the India Gate designed by Sir Edwin Lutyens in 1921, this imposing 42m-high stone memorial arch pays tribute to around 90,000 Indian army soldiers who died in WWI. Next, explore the inside of gold covered Sikh shrine Bangla Sahib Gurudwara and volunteer inside its holy community kitchen that feeds over 10,000 homeless devotees daily.

If time permits, journey to the city centre market Connaught Place named after the ‘Duke of Connaught’ and its surrounds including the central park of Delhi. This horse-shoe shaped market remains a showpiece of Lutyens Delhi. Enjoy some leisurely free time here before returning to your hotel. Here we suggest trying Lutyens India inspired café’s/bakery Indian Coffee House or Wengers an Indo-Swiss bakery since 1920’s British India.

Explore other Cruise and Tours